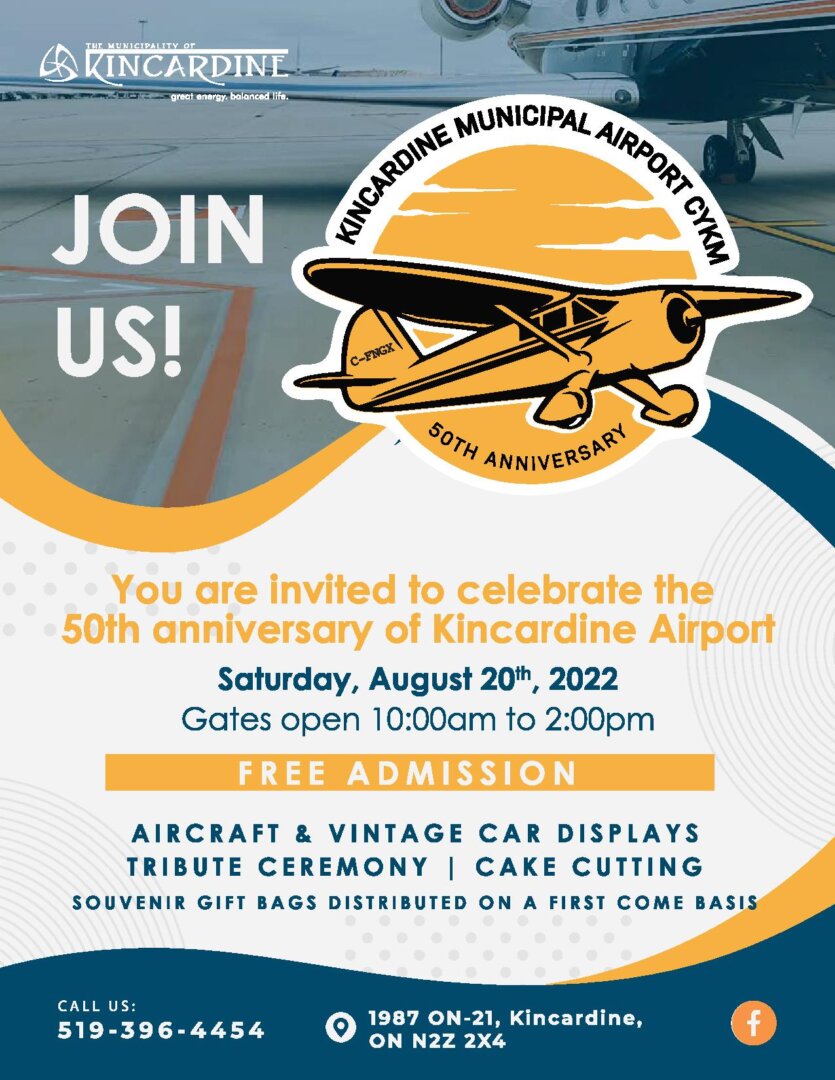 The Kincardine Municipal Airport is inviting the public to help them celebrate their 50th anniversary on August 20th at the Kincardine Airport.

The gates will open to the public at 10:00a.m. to 2:00p.m. on Saturday, with the display of aircrafts and vintage cars, and a brief ceremony at 11:00a.m. which will pay tribute to those who have served the airport over the past 50 years.

There is no charge for admission.

The airport manager, Stephen Rouse stated “the anniversary had to be delayed due to COVID-19” but despite that, they are thrilled to hold the celebration.

Stanley Pickles of Kincardine has been part of planning the anniversary event and has been involved with the airport for thirty years.

Pickle has provided some facts about the airport: