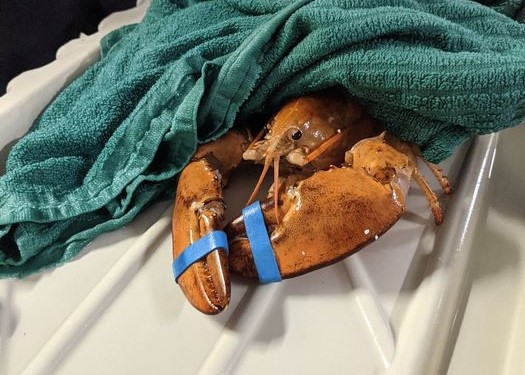 There was a sighting of a rare sea creature in Kincardine, but you won’t find it out on Lake Huron.

Staff of Sobey’s discovered an orange-coloured lobster in a shipment from Atlantic Canada earlier this week.

A company spokesman tells the Shoreline Classics that the lobster is still at the Kincardine store and are in the process of having it shipped to the Ripley’s Aquarium in Toronto.

Another orange lobster was discovered at a grocery store in the Toronto suburb of Ajax last month.

According to a Ripley’s spokesman, odds of finding an orange lobster is one in 30 million.