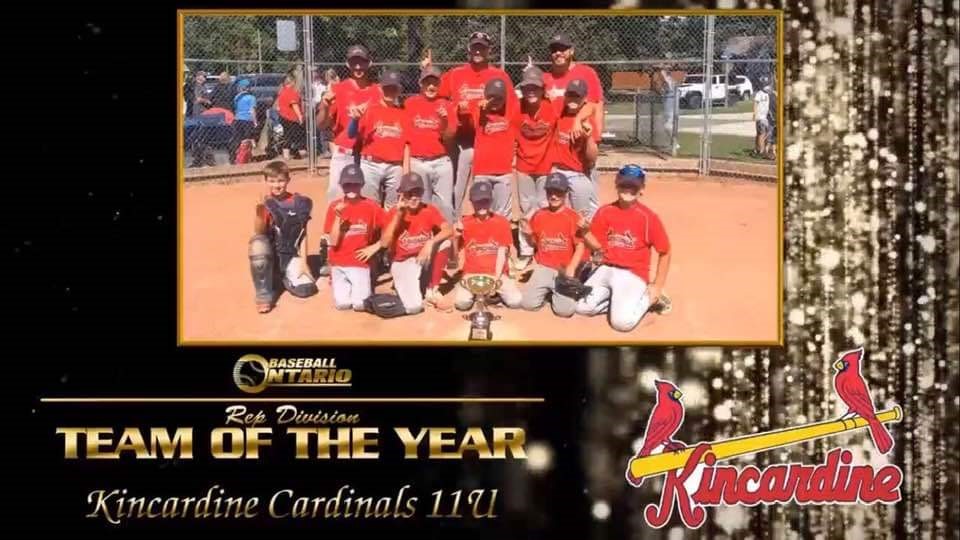 The Municipality of Kincardine will be honouring the teams, players, and coaches that took home awards from Baseball Ontario.

Three Kincardine teams are being recognized at the December 6th Council meeting.

As well, the Cardinals were named Rep Team of the Year, Tyler Baumann was named Rep Pitcher of the Year in the under 13 category, and Steve Travale as volunteer of the year.