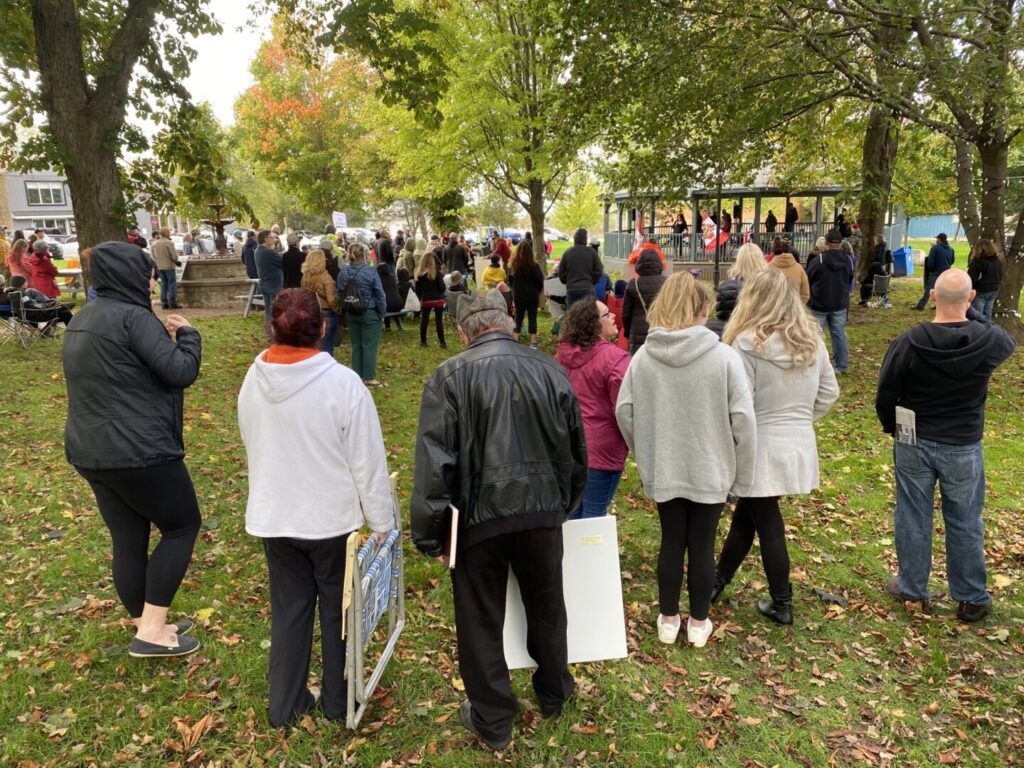 About 200 people turned out to an anti-vaccine passport demonstration in Kincardine.

The event was organized by Grey Bruce Freedom Fighters.

One of the organizers Ryan Elkerton says rallies like this one are becoming a regular thing.

Elkerton says he wasn’t too surprised by the smaller than usual turnout not only because of the weather, but also the demographics.